It started out as any other trailer.
Hight resolution image, perfect photograph showing a landscape with a blue sky sky above. The lowest camera putting the tall grass in foreground just before focusing on the loving couple walking arm in arm. Then we jump to next scene where the protagonist, played by Helena Bonham Carter, reveals to the viewer that that romance that seemed cute was actually a abusive relationship.

"You felt trapped inside the monster, didn't you?" - asks a person with his back to the screen
"Yes" - responde Helena Bonham Carter - "and it felt good..."

And due to the background song and the actress expression, we could sense the character fear and the danger of the situation.

But the thing is, this was not a trailer, but a dream I had tonight, until the despair of the situation wake me up. Maybe I had this dream because of the conversations I had about the fear people have to fall in love, to give their heart to someone who could or not be a good person. But this is life, we like it or not. We don't have the ways to predict the unfold of a relationship before entering it.

Maybe empress Leopoldina has something to do with these dreams too, since I'm about to start reading a very well recomended book about her life, who went through a lot of suffering thanks to the toxic and humiliating relationship she had with D. Pedro I - forget about what you saw on Globo Television, mon amour, because it was so not that. This girl was deceived, deluded, and arrived in Brazil completely in love with a emperor that was invented for her.

So many situations that converged into a scary dream. Perhaps to remind me to follow my own advice.


Anne Rios
amodafala@gmail.com
No comments:
Email ThisBlogThis!Share to TwitterShare to FacebookShare to Pinterest

In the quantum field the distance between two bodies is a variable that doesn't exist. I'm here, you're in London, but at the most intrinsic level of the quantum world we're side by side and nothing nor no one can prove otherwise.

But today's story isn't about us, but from this movie I watched with my friend Vicky during our forced - and yet, very important - quarantine.
* detail: Vicky lives at Curitiba and I in São Paulo

My idea was: "what if we watch a movie at the same time and comment it though whatsapp?" I had no doubt this was gonna be a sucessful adventure - the more doubts I have, the more I give my myself to the unknow, from my heart - but the plan turned out to be greater than expected.

Words of wisdom where exchanged based on the movie's lines, scenes got eternized in the form of messages that I saved to "copy at my Moleskine" later. Super important stuff that got lost at the limbo, I'm afraid, since I forgot my plan and erased all the messages by acident 'cause I wanted to clear some space in my phone.
* it hurt me

But there are stuff at life that turn out to be like this. And we get a little upset, and then think this is just another opportunity to start writing movie quotes again.
Eat, Pray, Love will continue existing despite what I done. All I need to do is hit the play button again.

Anne Rios
amodafala@gmail.com
No comments:
Email ThisBlogThis!Share to TwitterShare to FacebookShare to Pinterest

Went watch thinking it was a "100% Boolywood" movie, but instead I find out it's just a kind of "inspired by Boolywood". Like flavored water.
Not that it diminishes the merit of the movie, au contraire.

Bride and Prejudice takes the most famous novel from Jane Austen to indian soil, introduce to us a little from indian culture [at what 2h 22 min of movie allow] and change the name of almost all of the characters, which I found very courageous. But the most courageous act of all came from whoever had the idea of change Mr. Darcy into an american - as a british he was always way too perfect.

The movie has some musical scenes [a Boolywood classic], the one at the engagement party having the most beautiful dance coreography - but I'm a little suspicious to say so 'cause I love indian dances.
Although, I must confess that I didn't thought the moment of execution of these dances propicious. Some hours they was perfomed too close to each other, and others the lack of dances was so big that I forgot what kind of movie I was watching.

This is not the best film adaptation and it's far from it, but we, as "Pride and Prejudice" lovers, only have to gain with it. Because, and pay attetion, when a book we love becomes a movie, we wanna see it, right?
And when the movie is inserted in a culture so different from the one we are used to it, we are introduced to a whole new universe of possibilities that most of the time we don't accept or don't understand. Something that Lalita [the Elizabeth here] threw so hardshy on Mr. Darcy's face - well, he deserved.

Of all, watching Bride and Prejudice was, to say the least, an interesting experience. 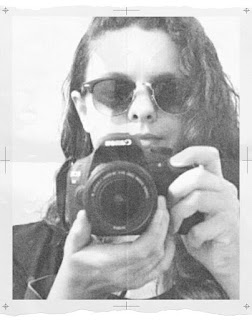 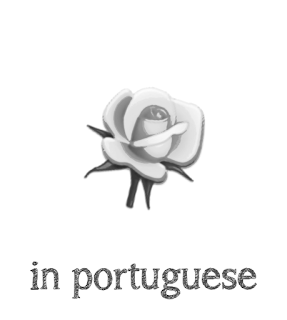